The 19th century man credited with inventing Italy’s most recognized pizza, the Neapolitan, Raffaele Esposito might have had a fit if he heard about the latest technological machine introduced in Rome: a vending machine that produces fresh pizza in just three. minutes. 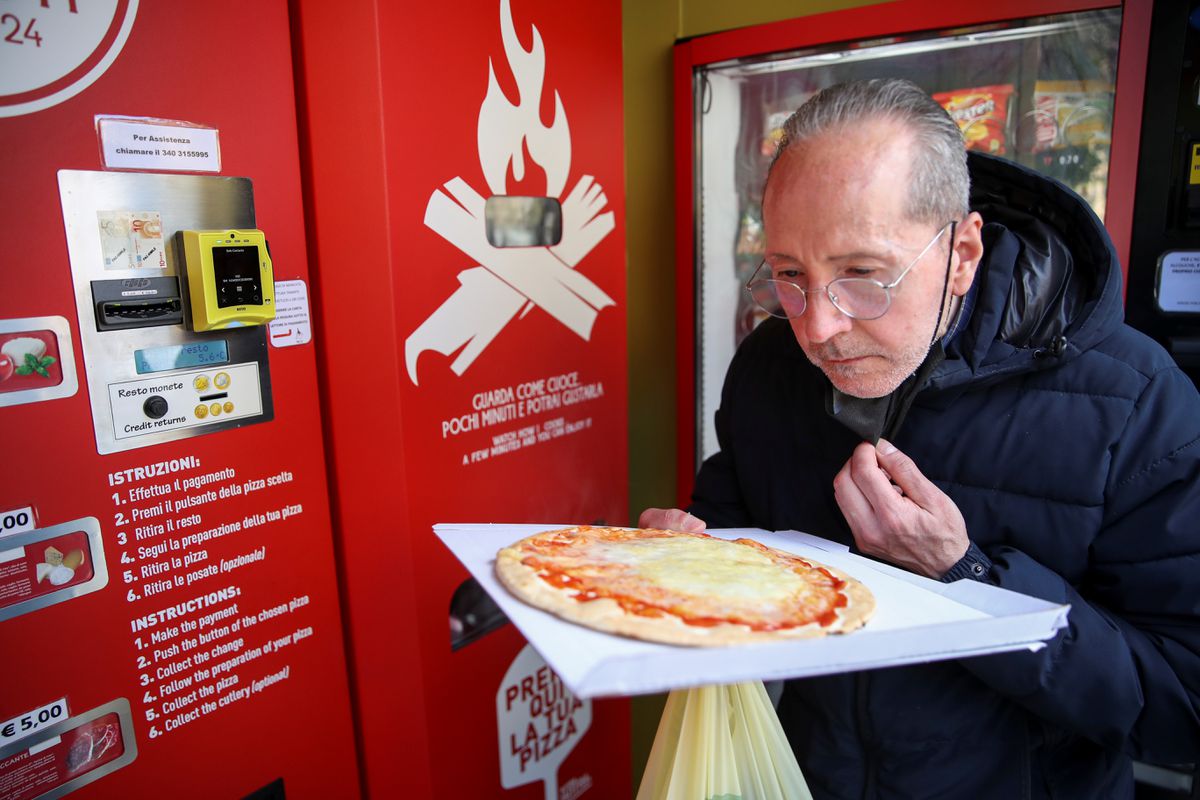 The vending machine, called “Mr. Go Pizza,” is a bright red machine that offers four types of pizza ranging from 4.5 to 6 euros, which comes out to $5.20-$7.20. The machine begins with kneading the dough, then adds the toppings, and then bakes it, and you can even watch it as it bakes behind a glass window.

The reviews have ranged from reluctant acceptance to total outrage. Pensioner Claudio Zampiga said: “It looks good but it is much smaller than in a restaurant and there is less topping.”

It is widely accepted that pizza as we know it was perfect in Napoli, where pizza began as a street food for the poor. It is said that Esposito created the Pizza Margherita on June 11th, 1889 in honor of the queen consort Margherita of Savoy as she accompanied King Umberto I on a visit to Napoli. 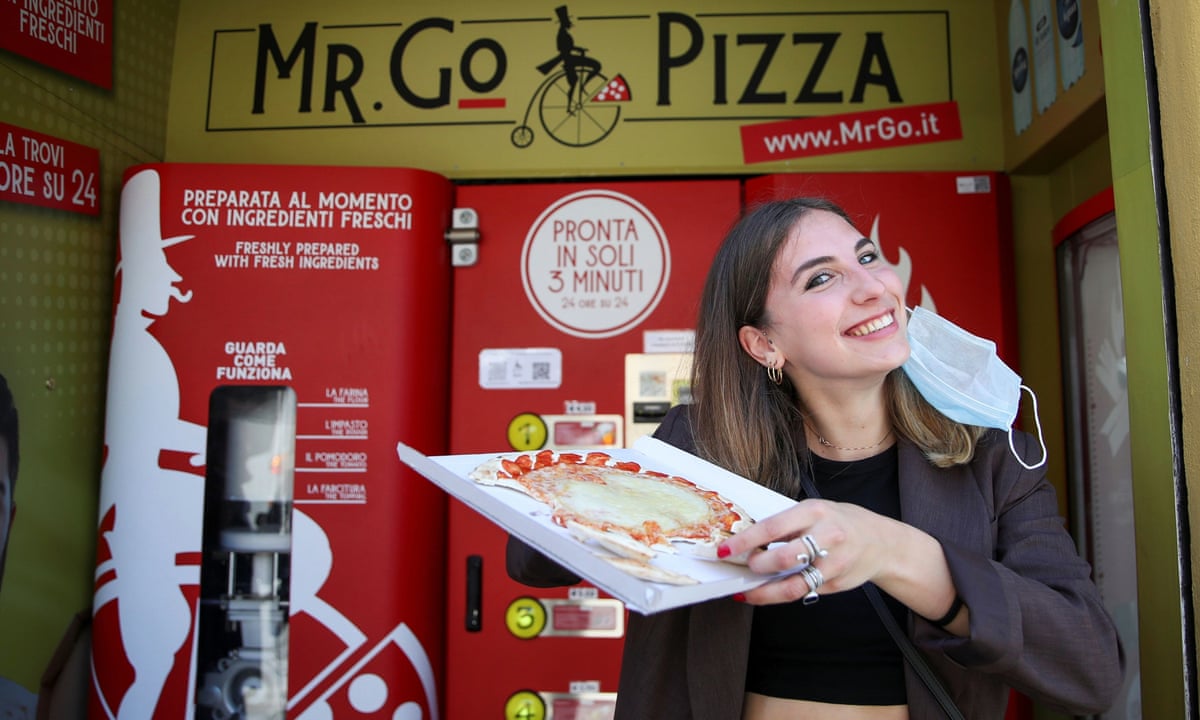 Esposito combined tomatoes, basil leaves, and mozzarella in order to represent the Italian flag of red, white, and green. There is even a plaque affixed to a wall saying: “Pizza Margherita was born here.”

Napoli native Fabrizia Pugliese gaves the pizza vending machine a try and said that it was not a win in her book. She compared it to a “piadina,” which is a thin unleavened bread wrap that is commonly found in norther Italy. She said: “It’s okay, but it’s not pizza.”

Another pensioner named Gina (who didn’t want to give her last name) said: Terrible. Pizza really needs to be eaten hot, immediately. This doesn’t work for me.”

For many Italians, a big part of the pizza experience includes the pizza maker, a “pizzaiolo,” kneading the dough and putting it in a wood-burning brick oven.

Close by to the vending machine is Napolitano restaurant, a pizzeria with a brick oven. Patron Giovanni Campana said: “I wouldn’t even think of eating a pizza made by a machine.”

We think it’s safe to assume that Esposito would agree with her. What do you think? Would you eat the vending machine pizza? 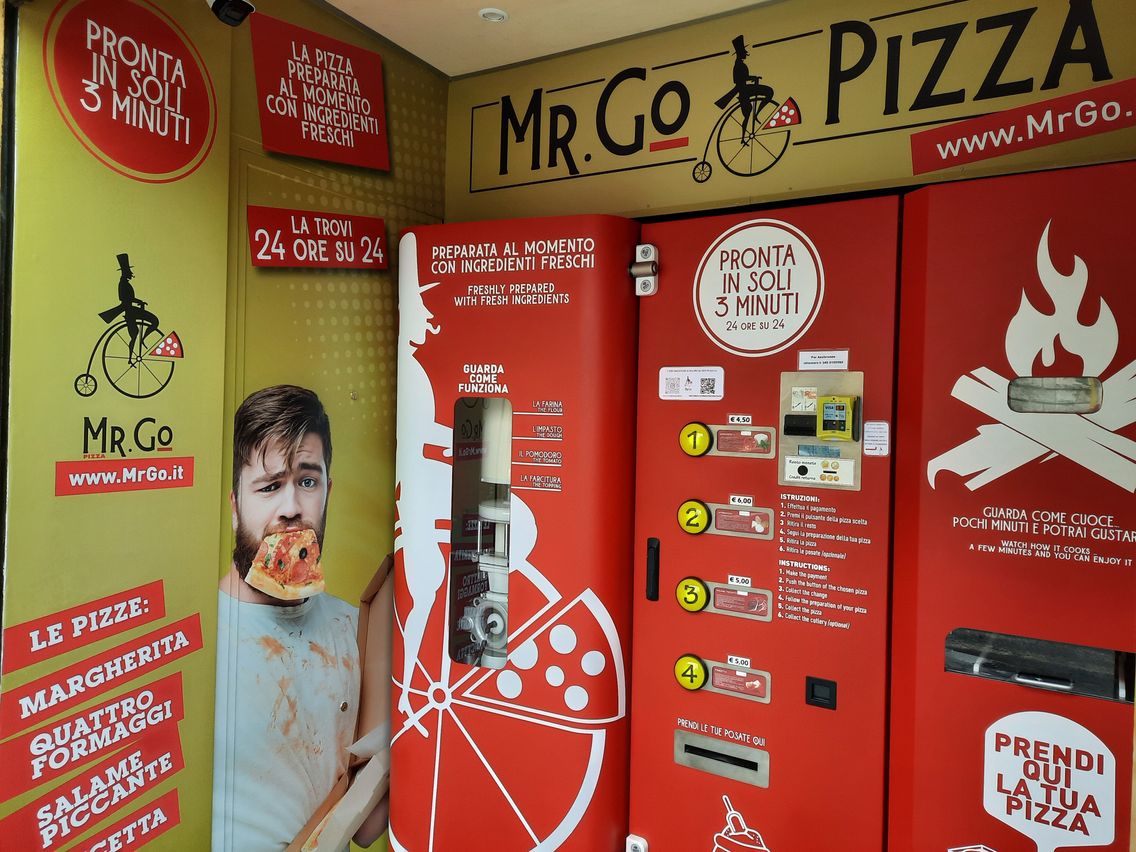 The Vending Machine Has Divided Italians